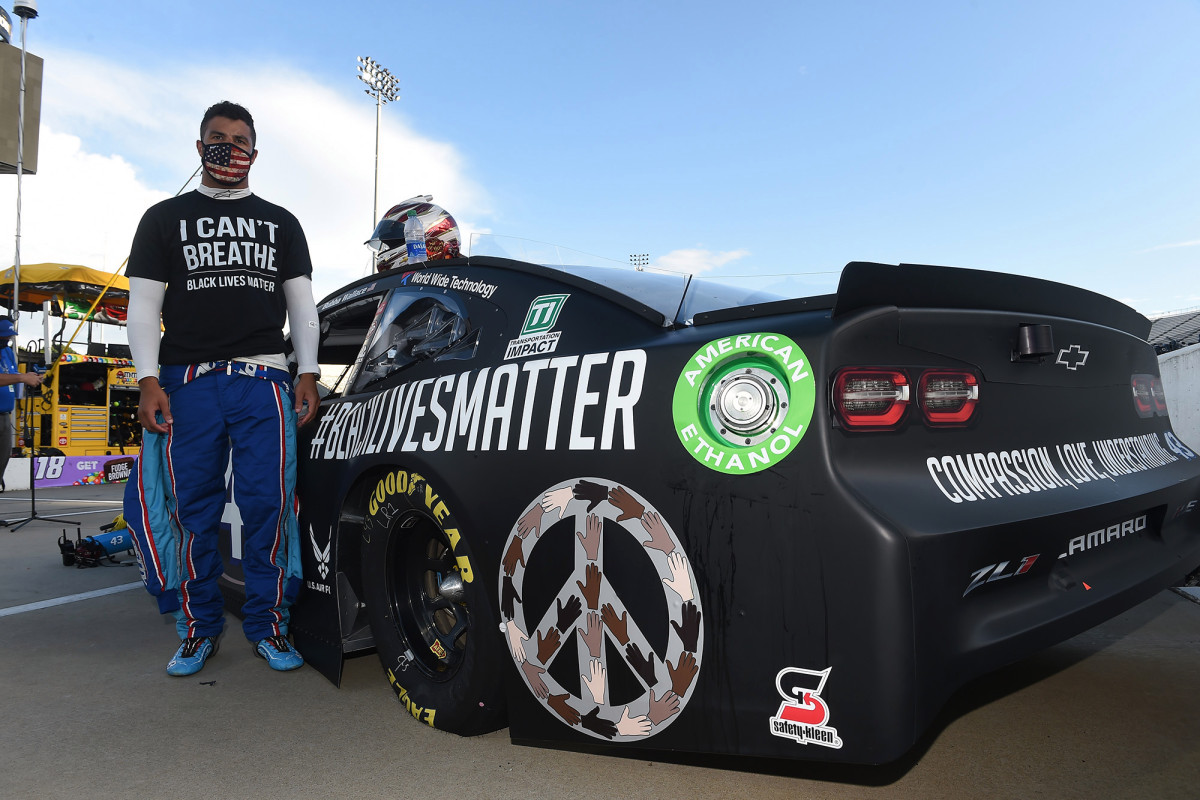 Over the weekend, a story was published on a “noose” found in black NASCAR driver Bubba Wallace’s garage before a race at Talladega Superspeedway in Alabama. Wallace’s team allegedly found the noose, and reported it to NASCAR officials, the media and Wallace himself. Both NASCAR and the media were outraged, writing op-eds about yet another incident of prevailing “racism” in the racing community. Before the race, every NASCAR driver walked the track with Wallace, proclaiming their solidarity. “#IStandWithBubba” was painted on the infield grass, seven-time champion Jimmie Johnson facilitated an anti-racism video post-race. Wallace was given many interviews to talk about his feelings on the incident and said on The View anyone who doubted the racist incident as “simpleminded people afraid of change.”

Fifteen FBI agents investigated the incident, and found that the rope in the garage was placed there in 2019 and was likely used as a garage door pull. The narrative of a racist noose was fake. After this news was released by NASCAR, Wallace doubled down. In an interview with CNN’s Don Lemon he said, “It was a noose! Whether tied in 2019, it was a noose! So it wasn’t directed at me but somebody tied a noose.” Journalists have begun running cover for Wallace, with Jemele Hill saying “It.Was.A.Noose.”, even though she says it wasn’t “directed at Bubba.” Others said the incident, though fake, led to a “real discussion” about “race in America.”

It wasn’t just the Left who piled on the 48 hour noose bandwagon. Former UN ambassador Nikki Haley saying “we should stand with Bubba Wallace today against the cowards who secretly put the noose in his garage stall” (she has not retracted or amended the statement). Ben Shapiro said it was “despicable on every level.” We have failed to learn from the Covington Catholic incident (which Shapiro was also wrong about), the Jussie Smollet indidient in Chicago and hundreds of other hate crime hoaxes. A simple common sense, gut-level approach to these stories should set off alarm bells in your head. Narrative doesn’t require truth, just a willing audience.