The news media is one of the most powerful institutions in the world.

For one primary reason: the news media can convince viewers to hold two ideologically opposed positions at the same time.

The entire news cycle surrounding the January Capitol events has led to the construction of a complex, influential narrative.

This is the general gist of the narrative: Trump supporters are domestic terrorists who are trying to kill and harm good police officers.

Every major news outlet is running a variation of the same story. By framing the Capitol incident as the next 9/11 terrorist attack (or worse), they can treat Trump supporters as literal terrorists.

After all, who has sympathy for TERRORISTS? Am I right?

The Capitol police are framed as both heroes and victims of the harrowing story.

The MAGA folks who walked into the Capitol in January are the same as enemy forces in Iraq circa 2004.

And we can expect this from RACIST Trump supporters, right?

This terrorist attack on our Democracy® must be treated as a threat to the homeland.

If you question any aspect of this narrative, you are a disgrace to America.

The media relies on American viewers to forget recent history.

The internet is still searchable with great narrative information from just one year ago.

Does anyone remember George Floyd?

There was once a time one year ago when the police were hated by the liberal establishment. In fact, police were actively targeted with accusations of “racism”, “murder” and “injustice”.

Medical groups even accused police officers of being evil racists.

Media figures and opinion contributors even justified BLM rioting and looting as the “language of the unheard”.

According to the media, “a riot is the language of the unheard”

How Do Media Outlets Convince Viewers to Hold Two Opposite Ideological Positions?

Cognitive dissonance is holding two opposite beliefs at the same time.

The media is able to convince the average viewer that police are brutal racists in 2020 and people of valor defending our Democracy® in 2021.

They are excellent at this task for two reasons: (a) the media understands the intellectual laziness of the average American news-watcher and (b) the corporate media can create a giant, overwhelming story ecosystem.

Intellectual Laziness of the Average News-watcher

Americans are busy. They don’t have time to always fact-check media organizations when they publish complete fabrications on a story.

While American’s are slightly distrustful of media organizations, the sheer volume and speed of information make it difficult to know what to believe.

This brings us to the most important point.

The biggest weapon the corporate media has in their arsenal is the ability to create perceived reality.

This is far beyond a single story. This is about creating a narrative infrastructure across every media organization, non-profit, social media platform, corporation, and government institution. By using the same talking points in each form of consumed media, they are able to make the viewer perceive the narrative as reality itself.

You can resist this narrative at first. Eventually, those in your social circle label you a “conspiracy theorist” for suggesting the media might lie on occasion. After some time, you start to doubt your own level of sanity.

After all, why would every media company and outlet want to lie to you?

Thus, the media wins through sheer force of will. 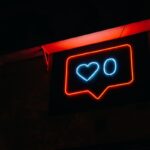 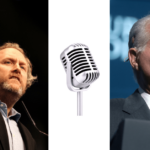 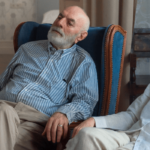