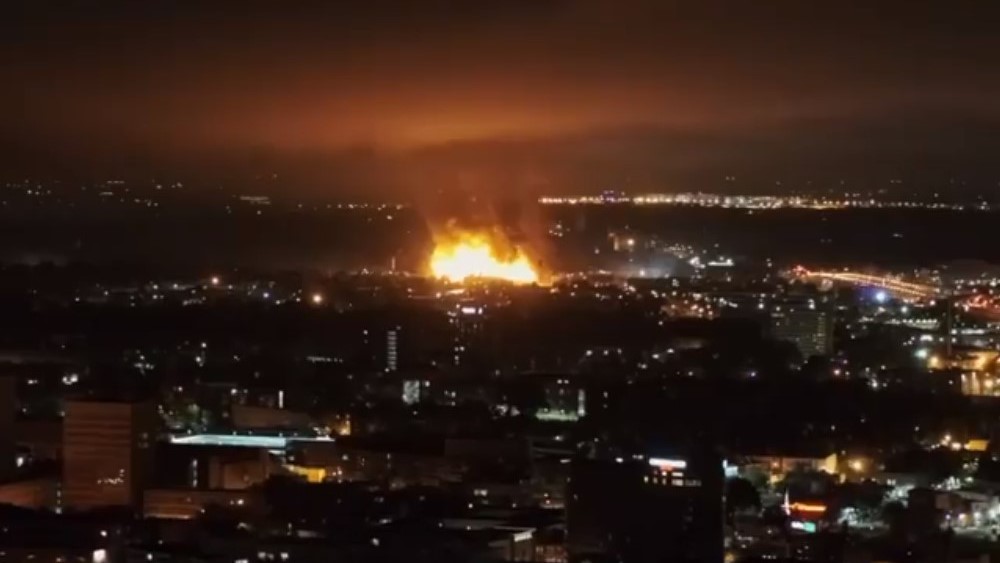 On Tuesday, footage emerged on social media of a man George Floyd being detained by a Minneapolis Police officer, Derek Chauvin. Videos show him handcuffed and lying prone on the ground, with the police officer kneeling on the upper part of his back/neck. Audio can be heard where Floyd is saying “I can’t breathe.” Floyd was being detained as part of a forgery investigation. The man later died while unconscious a few hours later at a hospital, with injuries linked to the officer’s detention. Four Minneapolis police officers were fired following the incident, and it’s under investigation by the department, DOJ and FBI at the request of President Donald Trump.

On Wednesday night, protests took to the streets of Minneapolis and quickly turned to riots. The night kicked off with the destruction and looting of a Target store, where TV’s and expensive items were stolen on flatbed carts.

An AutoZone store, Wendy’s restaurant and affordable housing development was set on fire by Black Lives Matter and ANTIFA rioters. As this piece is being written, it is still burning.

A Minneapolis police station had fences broken and windows smashed, and was also reportedly set ablaze in the early morning hours (though the burning is unconfirmed). Buildings in Minnespolis had “f*ck 12” (“12” meaning the police) and other graffiti strewn all over.

The mayor’s office has requested the National Guard be called in to bring order. One suspected looter was shot dead by a pawn shop owner defending his property.

Since COVID has confined everyone to their homes, out of work and school, society is already a tinderbox. The ignition was the viral video showing a deadly incident between a white police officer and a black suspect (though there has been no evidence this happened on the basis of race). The result? Literal fires, looting and anarchy in the city of Minneapolis.