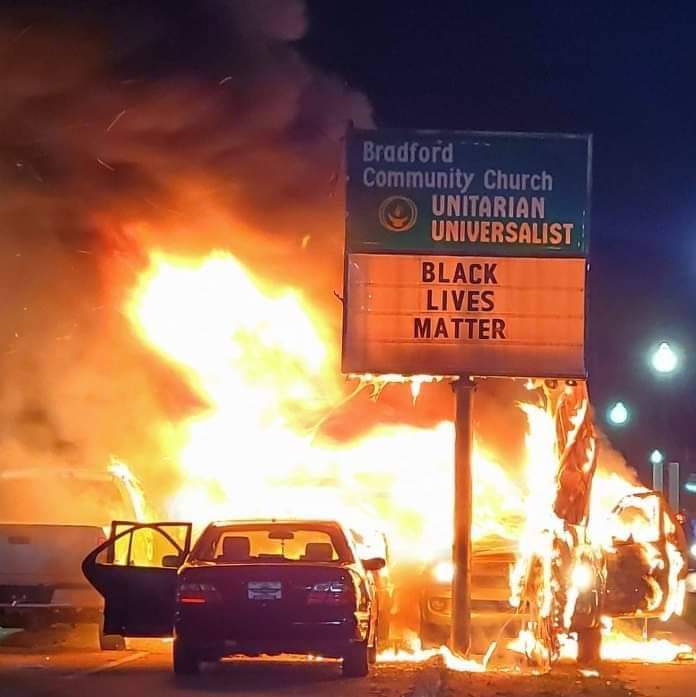 Riots erupted in Kenosha, Wisconsin on Sunday after police shot a black man as he resisted arrest and attempted to re-enter a vehicle. Law enforcement was responding to a report of a domestic disturbance, with two individuals fighting. A neighbor captured a smartphone video from across the street, showing Jacob Blake resisting officers commands, walking to the drivers-side of an SUV and attempting to reach for *something* in the car. Officers then engaged the subject, shooting several times. Blake is currently undergoing medical treatment. The Democratic Governor of Wisconsin Tony Evers condemned the shooting, saying “While we do not have all the details yet, what we know for certain is that he is not the first Black man or person to have been shot . . . at the hands of law enforcement”. Kenosha police have referred all questions to the Wisconsin Department of Justice, according to US News.

Riots, vandalism and looting kicked-off in the evening following the shooting. Bricks and Molotov cocktails were lobbed at police, with one officer severely injured after being hit. The Kenosha Courthouse was vandalized and set on fire. An Italian restaurant was burned to the ground by BLM rioters. Several trucks were set on fire in the middle of the street. Rioters with rifles threatened police in an armored vehicle. According to reports, police did not have the resources to end the destruction without bringing deadly force, and police chose not to engage.

There is little information on the shooting, outside of the video captured by a neighbor. The action of resisting arrest, walking to a car and attempting to grab something inside *looks* indicative of a weapon. This page will be updated when more reports surface.