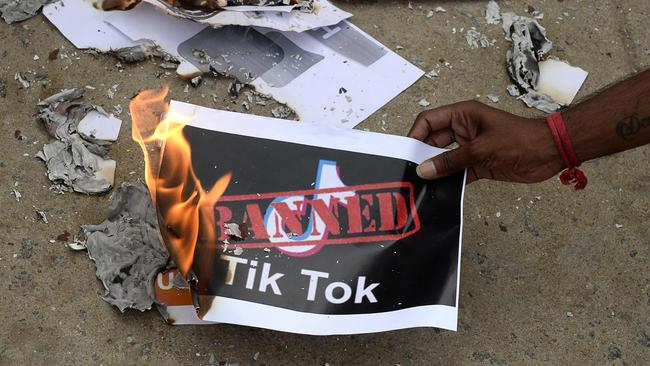 Secretary of State Mike Pompeo announced the Trump administration is looking at a potential ban on the app TikTok, in an interview with Fox News Laura Ingraham. The move comes in response to India placing a ban on TikTok in late June. Both lawmakers and citizens have expressed major concern that the Chinese government uses the app to collect enormous amounts of private information on American citizens. Pompeo stated, “I don’t want to get out in front of the president but it’s something we’re looking at.” In response to whether anyone should download the app, he stated, “only if you want your private information in the hands of the Chinese Communist Party (CCP).”

TikTok has become an extremely effective data-gathering tool, with over 175 million downloads in the U.S. TikTok’s parent company, ByteDance, prides itself first as an artificial intelligence company, not an originator of a social platform. By training the algorithm, they “just show them [users] things, and let a powerful artificial intelligence take notes.” An app analyst posting under the name Bangorlol reverse engineered TikTok, and came away horrified by what he found. Everything including specific phone hardware, IP addresses, direct messages, real names and email addresses, GPS pings, access to current and deleted app caches are available to the company. The app developers package the data in hidden ways to prevent scrutiny. He called TikTok, “essentially malware that is targeting children. Don’t use TikTok.”

TikTok has denied any allegations of providing information to the CCP. A spokesperson said in response, “TikTok is led by an American CEO, with hundreds of employees and key leaders across safety, security, product, and public policy here in the U.S. We have no higher priority than promoting a safe and secure app experience for our users. We have never provided user data to the Chinese government, nor would we do so if asked.”

It’s not hard to imagine how this could be used against the United States. If a foriegn intelligence has the ability to plug millions of personal data points into an artificial intelligence system to develop a full picture . . . the weaponization possibilities are endless. Even something as basic as photo album and DM access: Imagine 10-20 years from now, influential GenZ leaders in politics, medicine, business and academia are told the Chinese government has their photo album and DM history from when they were 16,17 or 18. China could have a set list of actions or demands, if the actions were not taken, they would publicly release compromising photo albums and DM information. China would have complete control over the actions of millions of Americans.

The United States government has an obligation to protect national security from foreign risks. A Chinese owned app which has demonstrated the ability to gather scores of personal information from American citizens is a threat. Banning TikTok may upset GenZ, but will save our nation from future control, blackmail and artificial intelligence tracking of a foreign government.