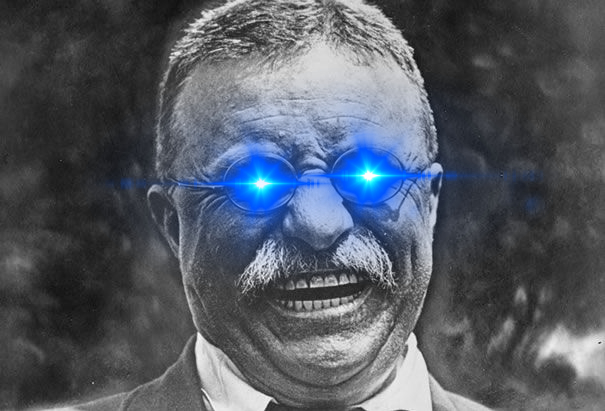 Wartime Conservatism is a New Doctrine of Action for the Right

Political movements morph over time. Conservative political pundits and politicians fall into a trap of using outdated or defunct strategy. The 2020 era of politics is different from 2016. 2016 was different from 2012 and 2008, etc. We have a different battlefield, new issues and changing alliances.

Where Does Right-Wing Politics Stand in 2020?

The current Republican party is a slow moving disaster. Elected Republicans and candidates are largely out-of-touch with optics, issues and tactics. The Republican National Committee has the most money it’s ever had in the history of politics, yet has Trump polling behind?

We had great grassroots energy in 2015, 2016 and 2017. People were excited and ready to rebel against the establishment. Trump rallies were massive, MAGA hats flew off the shelf and Trump flags could be seen flying all over the nation. The economy was roaring, we had Democrats on their heels to put together a cohesive national message and things were good.

Political winds have shifted. The economy has experienced a massive slowdown from Coronavirus shutdowns. Rioters and looters have gained the upper hand in the streets. President Trump’s core advising team is putting out an incoherent messaging strategy that ignores base support and panders to unreachable voters. As of June 26th, 2020, Trump trails Joe Biden in the polls 10 points on average.

This piece is written with utmost sympathy and support for President Trump. However, I cannot lie about the situation in which we find ourselves. We are playing from behind.

But, there is a way to win.

Wartime Conservatism is the Practical Future of Right Wing Politics

Wartime conservatism is the future of right wing politics. This concept was initially championed by Will Chamberlain, editor-in-chief of Human Events. Wartime conservatism is a tactic and disposition, rather than ideology. Conservatism, especially within the Republican Party, has always been big on ideology. It’s why there are hundreds of conservative podcasts with millions of listens dedicated to how we should think on a subject. Think tanks, non profits, panels and elite dinners invitations take in millions of dollars to be part of the “marketplace of ideas.”

Ben Shapiro will tell his podcast listeners how awful it is that the Left did X, but will not direct his audience how to specifically combat X. Shapiro hosts the #1 conservative podcast in the United States and the 14th most popular podcast of all time. The formula of his show is largely the same every day, present the news, analyze the news and comment on how it falls within the construct of conservative thought. All this attention, yet no direction for the future of the Right other than lecturing both sides about the dangers of ”big government.” Zero strategy and zero plan for defeating the Left.

Wartime conservatism is less about how you should think and more about what steps should be taken to win.

Traditional conservative & Republican strategy is sown with its own seeds of destruction: laissez-faire politics, ignorance of culture and an unwillingness to use government power to achieve conservative ends. Republicans complain about the media, but will continue to go on CNN and MSNBC for coveted airtime. We talk about being the party of “law & order,” but allow rioters, looters and anarchists to destroy our churches, businesses, national monuments and statues. We blindly worship “private enterprise” while massive tech companies strangle free speech and deplatform conservatives.

The biggest flaw in the current conservative ideology is a systemic loser-mindset. It rots our movement to the core. We are willing to lay down and take punches by the media, because we want to be perceived as “nice” and “principled.”

Stop thinking this way. Start thinking like an aggressive winner.

Wartime conservatism accepts that the Left has been more effective at tactics than the traditional Right.

The Left has won on broad cultural and political issues over the last 70 years because they know what they want and how to get it. Leftists are 10x more effective at gaining and wielding power over people. The Right has an unfortunate habit of adopting self-defeating standards and sticking to them – even if it means total destruction and loss of objectives anyway.

Winning requires resolve & action. Here are some suggestions to help forge conservative wins in the future. This is simply an outline to follow. Ideas need to be created in their own time and context.

Traditional conservative mantra would say “but muh private company!” These massive companies have been relentless in their pursuit to crush free thought and speech, especially on the Right. Case after case of documented bias against conservatives goes unchecked and unregulated by the government because the Right has been bred to defend corporations at any cost.

Wartime conservatism does not let multinational corporations destroy American rights. Big tech companies are largely immune from competition due to the size of their influence, capital and existing infrastructure. Some good directions we could take to regulate social media and big tech:

Lay ground rules before you are deplatformed and un-personed from existence.

Higher education has put the American experiment at risk of collapse. They have subverted our national interests by pounding anti-American, anti-God and anti-family propaganda for decades. The ultimate source of cultural rot stems from these schools. The same boomer generation who wonders why their kids are joining Antifa and throwing bricks through courthouse windows also provides cash for the same kids to attend college.

Things have devolved even further in 2020. Our entire generation has attended public schools who have banned the Pledge of Allegiance, prayer and taught revisionist American history, indicating America as an evil, racist nation. These kids are then shuttled into 4 years of university where open Marxist professors tout cultural degeneracy, anti-American sentiment and socialist ideology.

Universities are influenced by foreign money. Recently, U.S. colleges and universities failed to report over $6.5 billion in cash gifts from foreign powers like China. Prestigious schools like Yale and Harvard took a big portion of this money.

Universities are creating a future financial collapse and are corrupt:

The result has been a complete success for the Left in 2020. Young people have led violent riots, looting of shops & burning small businesses to the ground. They have desecrated the statues of George Washington, Abraham Lincoln, Frederick Douglas. They have burned the American flag in the streets. They have successfully marketed the Black Lives Matter movement, an openly Marxist, anti-family and anti-police movement – with almost every corporation, church and cultural institution aiding and funding the rise of the movement. By proxy, they successfully defunded police departments, including the Minneapolis Police Department and parts of the New York City Police Department.

Wartime conservatives must end the toxic influence and grasp of the university.

Wartime conservatives and culturally right-wing business owners need to end 4-year education requirements for hiring. It’s hypocritical and suicidal to reinforce the legitimacy of universities when they are clearly enemies of our core values. Hire employees based on skill, drive and ability to learn rather than a diploma. Destroy the prestige of a college degree.

We must seize the endowments of publicly funded universities. Will Chamberlain pioneered on this idea by writing a forward-thinking article called ‘Seize the Endowments,’ and I encourage you to read this in-depth.

As Chamberlain suggests, our government should seize the assets that were acquired through fraudulent means to compensate the victims of said fraud.

Demand More from the GOP and RNC

Ali Alexander, an extremely effective and experienced Republican strategist, has laid out a path forward for the Right. In blog posts, Periscope streams and Twitter threads, he has presented what I believe are good tactics for the next phase of wartime conservatism.

The Future is Power, Not Punditry

Wartime conservatism requires a shift in thinking for the average conservative. You have been programmed by mainstream conservatism to believe defending big tech to the detriment of speech, tradition and family is ‘moral.’ You still attend college and pay for children to attend university. You donate to the RNC and GOP without demanding results.

It’s time we grabbed the helm of the ship.

The founders were willing to pledge their lives, their fortunes and their sacred honor for this nation.

Time for us to keep America alive, one more generation.

Be a Wartime Conservative.