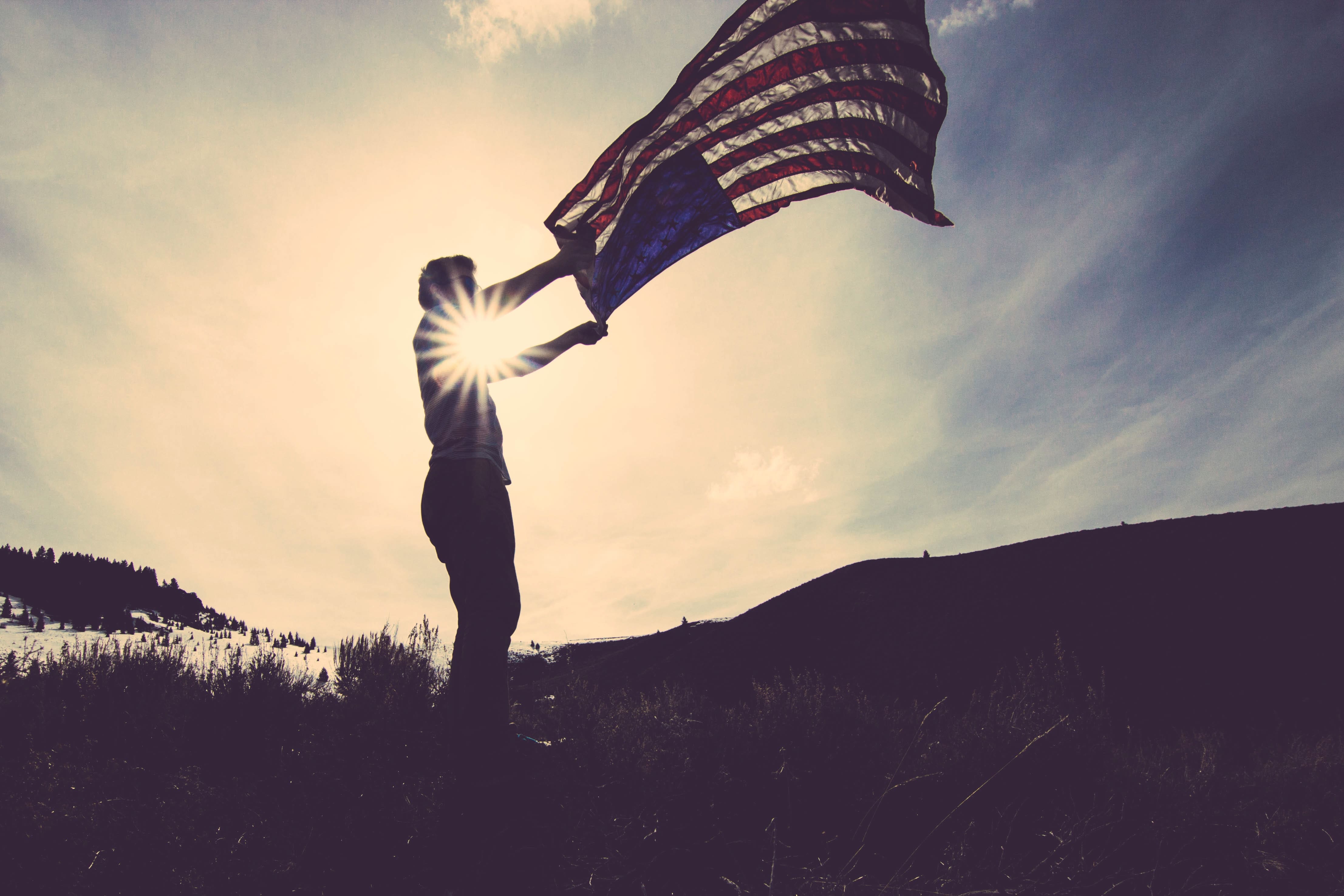 On the Shoulders of Giants

If you live in America today, you live at the greatest time in human history. Western Civilization has birthed a level of security and prosperity that would not have been dreamt of 300 years ago. Each day we benefit from the ingenuity, determination and sacrifice of millions of people who have built our current way of life.

I am optimistic and hopeful about our future. I am also terrified of people who grow accustomed to the blessings we enjoy. Entitlement breeds contempt of the institutions and mindset that created this great nation. As Millennials and Gen Xers, we are in a generational discussion of whether Western values are worth preserving or if institutions like socialism should be embraced. According to recent polls, 1 out of 3 Millennials identify as socialist or democratic socialist, which is a larger statistic than any previous generation.

American free markets, irrevocable constitutional rights and Judeo-Christian values are the catalyst that allow us to enjoy unbelievable wealth, opportunity and freedom. I want to make my case today on why our nation and its values are worth saving.

Medical research is still advancing and developing new cures and solutions every day. New drugs are being tested in the market that one day may have a cure for ailments like Parkinson’s disease, AIDS and cancer.

Violent crime in the United States has fallen 74% since 1993, according to the Bureau of Justice Statistics. Property crime has also fallen 69% percent. We have law enforcement at the local, state and federal level that are incorrupt professionals in their line of work. Our military is the strongest in the world, defending the freedom we experience in our nation.

Food is available in abundance and variety. Grocery stores are stocked with every food imaginable from all over the world. Farmers markets, roadside stands and organic urban markets are filled with hand-picked pineapples from Costa Rica, pasture raised organic eggs and milk from grass fed cows.

Uber eats and Seamless will deliver ANY food from ANY restaurant to almost ANY location. You can have fish tacos made with freshly caught grouper, fettuccine from the best authentic Italian restaurant on the Upper East Side or a simple burger and fries from a fast food establishment delivered right to your door without having to leave your couch. For the first time in history, individuals considered below the poverty line statistically struggle with obesity rather than starvation.

We have access to millions of hours of entertainment. My great grandfather’s generation was lucky if they had a radio in the house. Today, I can watch any TV show or movie ever filmed in three taps on my smartphone. Netflix, Hulu, Amazon and YouTube will even curate content based on my individual preferences. I can hop on a Spirit Airlines flight to New York for under $100 to see a world class Broadway show. Beaches, parks and sporting events are more accessible than ever before.

The number of business and job opportunities available is staggering. If you own a computer, you can consult, write, code, design and run spreadsheets from a coffee shop, the park, an airplane and your own home. You can create a business startup doing literally anything if you are creative, work hard, and generate interest. Companies operating in trades such as electrical, plumbing, and welding will PAY YOU to go to school, learn a honest trade and make twice what a recent college graduate out of school makes.

There is more opportunity to educate yourself today than there ever before in history. Colleges exist all over the United States, with grants and scholarships available. YouTube has millions of hours of educational video covering ever subject known to mankind. You can even take FREE courses on how to trade equities or options in the stock market with the potential to make millions of dollars per year. Apps on your smartphone can teach you any language in the world, allowing you to consult with countries all over the globe.

We have the freedom to speak our minds. In the United States, we have a First Amendment guaranteeing our right to free speech. An average person can literally call the sitting President a fascist dictator on Twitter and will never be reprimanded by authorities, fined or jailed (yes, the irony doesn’t escape me). In the UK today, you can be fined and jailed for anything society deems as “hate speech.” In North Korea, you and your family can be slaughtered for uttering anything against the dictator Kim Jong Un. Right now, you can set up a website or social media account with the ability to garner millions of followers. You can say anything, short of “fire” in a crowded theater.

America was founded using a Judeo-Christian value set which is tolerant of other ways of living and worshiping. This is a history shattering concept. In days past and in most countries today, either there is a state-sponsored religion you must follow, a dominant religion that has power to persecute minority faiths, or a politically correct ethos that punishes thought and beliefs considered “intolerant.” As Americans, we are free to worship in the way each individual sees fit. If you had a time machine and you went back to tell the Protestant reformer Martin Luther of this freedom, he would probably laugh in your face. Freedom to worship is a wonderful and fragile right.

We have been handed tremendous blessing by those who have pioneered, built, cultivated and defended this experiment we call America. Our lives are a living miracle and testament to Judeo-Christian ethos, capitalism, and Western Civilization. Is there still suffering, poverty and brokenness? Of course. But I believe the systems that built the sheer grandeur and greatness of America should be cherished and protected. History did not start with us, our friends, or even our generation.

Let’s be grateful everyday for those who have gone before us to give us this amazing life. We have been given a great gift – let’s not sell out for a counterfeit system based on anger, envy and government control. Never lose perspective of how much we have been given. It’s much easier to burn down a system than to build one.

Our civilization rests on the shoulders of giants.