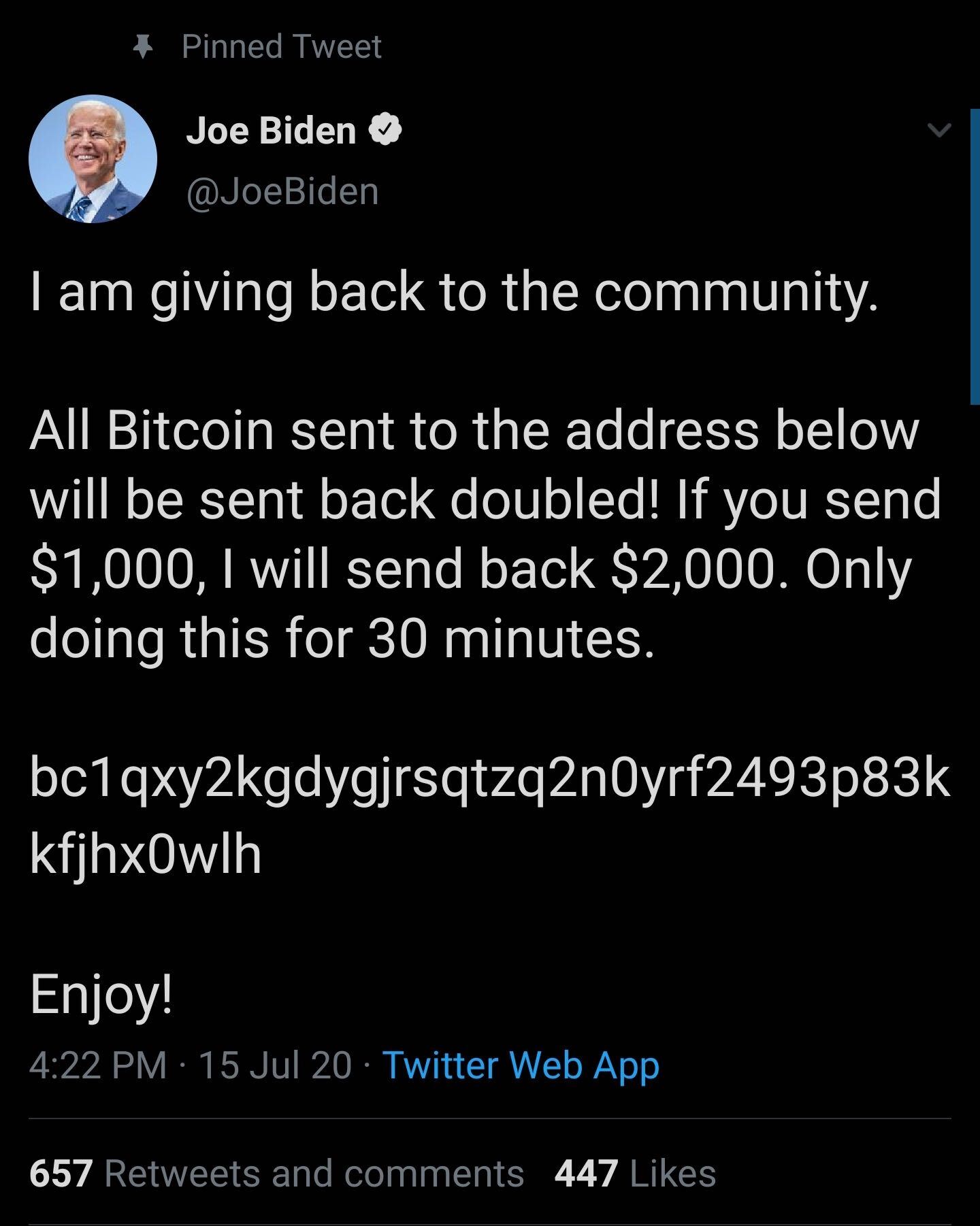 On Wednesday afternoon, a series of malicious tweets began emerging from prominent platforms on Twitter. Beginning with Elon Musk, a tweet appeared on his account saying “I am giving back to my community due to COVID-19! All Bitcoin sent to my address below will be sent back doubled. If you send $1,000, I will send back $2,000!” Similar tweets were also sent from accounts belonging to Barack Obama, Joe Biden, Jeff Bezos, Kanye West, Apple, Uber, Mike Bloomberg, Cash App and Israeli Prime Minister Netanyahu. As of this writing, it is suspected over $50k was sent to the bitcoin address.

In response, Twitter shut down all tweets from verified, ‘blue check’ accounts. Jack Dorsey, CEO of Twitter, publicly apologized for the hack. It was soon discovered the hackers had physical access to an ‘admin panel’ where they could physically write tweets on behalf of world leaders (also leading to more questions about the company itself). VICE reported the hackers gained control by compromising a Twitter employee’s software and access – viewed through the ‘admin panel’ motherboard. Screenshots of this ‘admin panel’ began to leak and pass around social media, with Twitter reportedly attempting to scrub the photos and suspend accounts who posted them. It is suspected these hackers could have had access to private DMs of all prominent verified users. Senator Josh Hawley released a statement demanding answers and demanding the tech giant get the DOJ and FBI involved.

Beyond the actual scam, questions are raised about the hackers source and intent. Why would an entity completely hijack several major world leaders accounts and take over the largest public town square, but only want a handful of Bitcoin? Seems strange. If it was about the money, they could have been more creative: shorting stocks in Tesla and releasing fake ‘updates’ or ‘news’ from Elon Musk’s account, tanking the stock. These hackers could have used world leaders’ accounts to literally start global conflict. The Bitcoin scam seems like a distraction from the real horror: the ability to shape world events in an afternoon. Was this a foreign state actor, like China, flexing their ability on our communication systems? This seems plausible.